Weber was uncharacteristically late getting into the wood pellet grill niche. As one of the titans in the grill industry, they are usually one of the first on the scene when a new innovation appears. The Weber SmokeFire EX4 and its bigger brother the SmokeFire EX4 may have taken a while to land on the scene, but they did so with Weber’s telltale quality materials and superior engineering. When you take a closer look, the delay appears to have been so Weber could learn from the competition’s mistakes.

Weber designed the SmokeFire EX4 to produce temperatures as low as 200-degrees Fahrenheit, yet it can also go as high as 600-degrees for high heat applications. The temperature is controlled via the digital control console that has an LCD screen or if you prefer you can use the proprietary “Weber Connect” app which is compatible with IOS and Android smartphones.

There’s a pull-out drawer in the 20-pound capacity hopper, which allows you to easily release unused wood pellets after a cooking session. The fire pot is fed wood pellet to an inclined DC-powered auger which has the torque to move the wood pellets without annoying jams. The inclined profile of the auger also ensures that the wood pellets burn more efficiently and with fast response in a consistent stream.

This is some clever engineering that shows Weber spent some valuable time learning from competitor models that tend to deliver the wood pellet near the flame which can cause minor inconsistencies in the burn rate. Any ash that is produced falls neatly into a slide system that allows it to fall out without interacting with the ambient airflow. This virtually eliminates ash from landing on the food. This also translates into rapid preheating. The SmokeFire EX4 can soar up to 600 degrees in as little as 15 minutes.

Inside the primary cooking chamber, there is a baffle system that helps evenly distribute the heat across a series of Weber’s patented “Flavorizer Bars.” These are essentially heat tents that you see in many of Weber’s high-end gas grills. They are designed to spread the heat out evenly, while also quickly vaporizing drippings to add to the aroma.

Weber’s SmokeFire EX4 uses the same stainless steel grates that you find with the successful Weber Spirit gas grill. The primary grate and the warming rack provide a grand total of 672 square inches of cooking space. The digital controls also come with a meat probe thermometer.

The hot smoke produced inside the firepot wafts up to the primary cooking chamber and then exits through a series of narrow vents in the rear. Any ash or rendered drippings that fall out of the primary chamber are channeled to a special pull out tray which is easy to cleanout.

The Weber SmokeFire EX4 also has a special “Smoke Boost” feature. If you want to really infuse the primary chamber with rich smoke, you can activate it for 10 to 15 minutes as part of your preheating process. The dynamics of the auger and the firepot then create a dense smoke between 165 and 200 degrees.

Weber has always put a priority on quality materials and thoughtful engineering. You see this carried through in the SmokeFire EX4. They used heavy-duty steel construction throughout combined with Weber’s hallmark porcelainized enamel exterior. Repurposing the stainless steel grates from the Spirit lime of gas grill helps keep the price reasonably low. It also means they’re easy to replace if you need to later.

The drippings pan and ash collection tray is one of those things you might be tempted to underestimate. Yet it’s also a lot more convenient than older competitor wood pellet grills with a messy exterior drippings cup and ash that needs to be sucked out with a shop vac.

When it comes to final assembly the Weber SmokeFire EX4 is a complex wood pellet grill. As such you need to accept that it’s going to take a while to put together. The instructions are relatively easy to follow. Having another person on hand to help you move the heavier components will help. All told, you should be able to get it fully put together in around two hours.

The Weber SmokeFire EX4 preheats quickly and is rated to be able to reach as high as 600-degrees in as little as 15 minutes. Just like a lot of wood pellet grills, the hotter you set the temperature the less smoke there will be. This is handy if you want to make a pizza. If you want something like an extra smoky steak, you might want to engage the “Smoke Boost” feature when preheating.

The low-end temperature of the EX4 rings in at 200-degrees. Which isn’t low enough to perform a long “Cold Smoking” Still you could just use the Smoke Boost for things like shrimp or smoking peppers.

The ash management system is a nice touch, it virtually eliminates ash particles from the primary cooking chamber leaving you with cleaner food. The rear exhaust vents and the Flavorizer Bars also help distribute heat flow better than wood pellet grills with a chimney.

The stainless steel grill grates can be arguably sticky with lean meats. You can get around this by lightly greasing them with a little bit of neutral-flavor oil.

It’s worth noting that there isn’t any type of broiler plate for direct flame grilling. This is part of the engineering focus of the EX4. If you had a sliding broiler plate it would change how the ash management system works. As it stands the 600-degree maximum temperature is enough to impart some basic grill marks on steak and chops. Just give the grill a solid 10 to 15-minutes to fully preheat before placing the meat.

The primary grill grate and warming rack offer up an impressive 672 square inches of cooking space.

The Smoke Boost feature is also very nice for priming the chamber with rich smoke when preheating or for boosting the smoke in the middle of a cooking session.

The Flavorizer Bars that serve as heat baffles and rear vents make for more even heat distribution throughout the smoking chamber.

The Weber SmokeFire EX4 could just be the easiest wood pellet grill to clean. Ash and grease are delivered to a pull-out tray, spares you the hassle of dealing with flimsy drippings cup, and the concern of burning up your shop vac to clear out the ash.

At the same time, the shape of the stainless steel grates makes them easy to clean, even if there are little stuck-on meat bits.

The Weber SmokeFire EX4 comes with a five-year limited warranty.

The Weber SmokeFire EX4 has the engineering and quality material selection that you want to see in a high-quality wood pellet grill. It’s easy to clean, very versatile and has a nice temperature range from 200 to 600-degrees. The smoke boost feature is also a nice touch and lets you play around with cold smoking or simply to add extra smoke to the preheating process.

PROS
CONS
User Rating: Be the first one! 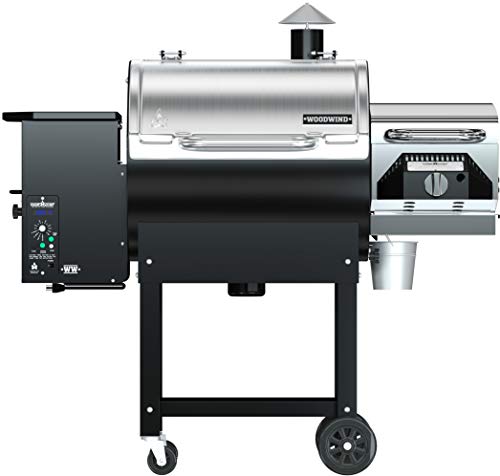 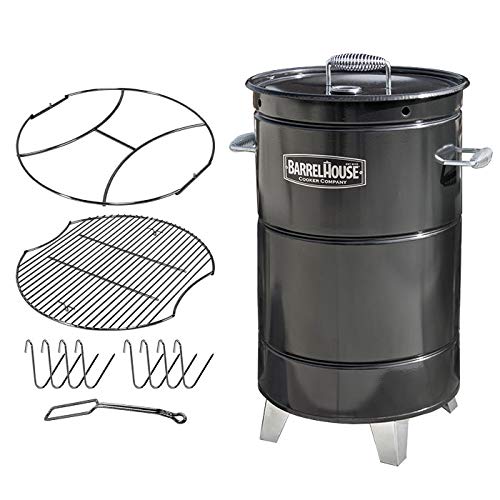 What Do You Think?

None of our reviews are sponsored, we are reader supported and may earn money through the affiliate links. As an Amazon Associate this site earns from qualifying purchases. This does not influence the honesty of our reviews.
Recent Posts