Campers, RV travelers and hunters frequently need to set up a base camp that includes a cooking area or impromptu kitchen. Right off the bat, a grill seems like the obvious choice for lunch and supper, but hamburgers and hot dogs can get old pretty quickly. Not to mention that a standard grill really isn’t ideal for cooking up breakfast or percolating coffee.

Camp Chef attempts to answer this need with their SPG90B Big Gas Grill. It’s designed to be portable and only weighs in at 49-pounds. The legs are removable and each one can be independently adjusted, which is a great feature for times when you might need to set up your camp kitchen on uneven ground.

Camp Chef sells a variety of attachments and additional accessories that let you transform this grill base into a smoker, steamer, griddle, or a grill with a lid. They like to call it “The Centerpiece Of A Modular Cooking System.”

This grill is set up to run on liquid propane and doesn’t accommodate a natural gas conversion kit. However, the three burners are rated to pump out a staggering 90,000 combines BTUs. It has a matchless ignition system and comes with a 3-foot long hose with a regulator meant to connect to larger propane tanks.

The burners are made from cast aluminum which gives them some additional life and durability. The grill body itself is made from mid-gauge steel with a protective coating of paint.

The thing that makes this package special is the fact that it comes with an accessory grill box. This is a lidded unit with seasoned cast iron grates, a heat diffuser and a lid with a built-in thermometer. When placed on top it takes up two of the burner elements.

As you might imagine assembly of something called “The Centerpiece Of A Modular Cooking System” is going to take some extra time. It’s probably best to tackle the grilling box and the actual camp stove separately. On their own, each should take you about a half-hour or so. Though the awkward length of the camp stove itself might go easier with another person to help hold things while you tighten.

It’s worth noting that the Big Gas Grill doesn’t come with any sort of cover. If you let it get rained on, you could be staring at some significant rusting issues. So, always make sure to put it in a protected place when not in use. Even if it’s under a simple awning. Then always give it a thorough cleaning when you are done with a trip.

Without the grilling box, the Camp Chef SPG90B is 3-propane burners in a metal housing with removable legs. In this configuration, there is a significant amount of space between the rungs. To the point that you might find it hard to grill hot dogs and hamburger patties like a traditional grill.

However, you could still lay down a cast iron griddle or pan to cook over the burners. A percolator would also fit nicely on the relatively flat rungs. In this configuration, you’d have a pretty effective camp kitchen that can whip out pancakes, bacon, and scrambled eggs for a big group of people, with old-fashioned “Cowboy Coffee” on the side.

It’s worth pointing out that the three propane burners are technically rated to produce 90,000 BTUs of heat. On paper, this is a staggering number that means you could just as easily use it to operate three high-heat woks at a time. The practical reality of this rating is that a good portion of that heat energy is being lost to the surrounding environment.

When you place the grill box over top of it, built-in heat diffusers and the heat-absorbing cast iron radiate that heat energy more efficiently to grill the meat. The lid also lets you trap heat. With a little improvisation you could even use the grill box to smoke ribs, and fish fillets or to steam shellfish.

Just keep in mind that you will need to dial the heat down a little which might take some getting-used-to. Ideally, you want to keep an eye on the flame to make sure that all the hydrocarbons in the propane are being oxidized or burned. This is seen as a rich blue flame. If you dial the heat down too low, causing a yellow flame, then unoxidized hydrocarbons from propane can land on the food giving it a “Butane” flavor.

On its own the cooking area of the Camp Chef SPG90B Big Gas Grill measures in at an impressive 608 square inches.

When you place the grill box over the burners, the available grate space measures in at 384 square inches, with another burner still available for something like a percolator or a frying pan.

The removable legs with independent adjustability are one of those things that don’t seem like it’s all that special of a feature. Right up until you need to set up your camp kitchen on rough terrain.

At the same time, you also shouldn’t overlook the grilling box included in this purchase. Which isn’t always the case with other iterations of the Big Gas Grill. This allows you to use the stove as a grill when you want to make burgers, chops or steaks. Yet you can just as easily remove and replace it with a cast iron griddle for making pancakes in the morning.

Without preparation, clean up is an area that can be a little bit of a hassle with the Camp Chef SPG90B Big Gas Grill. Grease, drippings, and spills can clog flame ports, caramelize in the bottom of the firebox, and be tricky to scrape away. Lining the bottom of the firebox with heavy-duty aluminum foil before each outing will go a long way toward preventing these hassles.

The accessory grill box is made from cast iron, but it isn’t coated in protective non-stick porcelain. So, you want to take the time to make sure to maintain a proper seasoning layer. This can often be as easy as lightly rubbing down the grates with some flaxseed oil at the end of every trip.

The Camp Chef SPG90B Big Gas Grill comes with a one-year warranty. This is a little bit less than the two or three-year warranty that you sometimes see in many of the competitors at this size and price range.

Camp Chef designed the Big Gas Grill to be modular and work with other accessories. The fact that they throw the grill box into this purchase certainly increases the value. Just make sure to keep it clean and perform routine maintenance. If you are lax or you let it get rained on a lot of that value can turn into stubborn rust and corrosion! 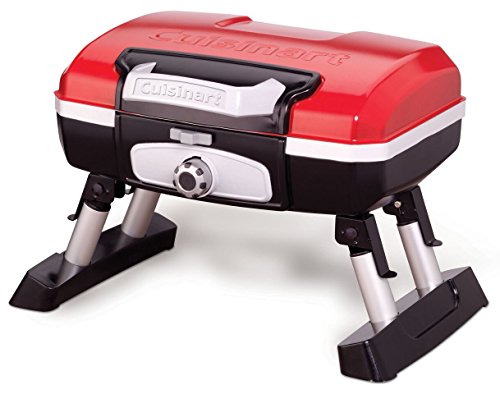 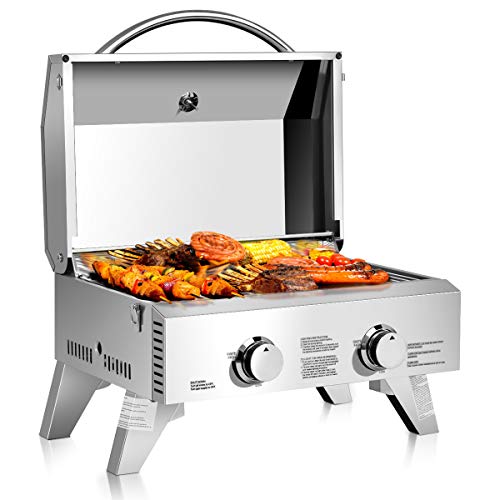 The Best Steaks For Grilling & Sautéing

What Do You Think?

None of our reviews are sponsored, we are reader supported and may earn money through the affiliate links. As an Amazon Associate this site earns from qualifying purchases. This does not influence the honesty of our reviews.
Recent Posts